I have an issue, where Solidworks refuses to allow me to add a mate for a connecting rod.

For some reason, Solidworks will not allow the two holes pictured to be mated at the distance of 12.03 inches. I can manually move the assemblies so that they have a greater or smaller distance between them. I can get to nearly 9 inches, or 14 inches.

Any ideas to make this work? Thanks for any help.

Image attached. Hopefully my scribbling helps explain how it should be moving, and what I'm dealing with. 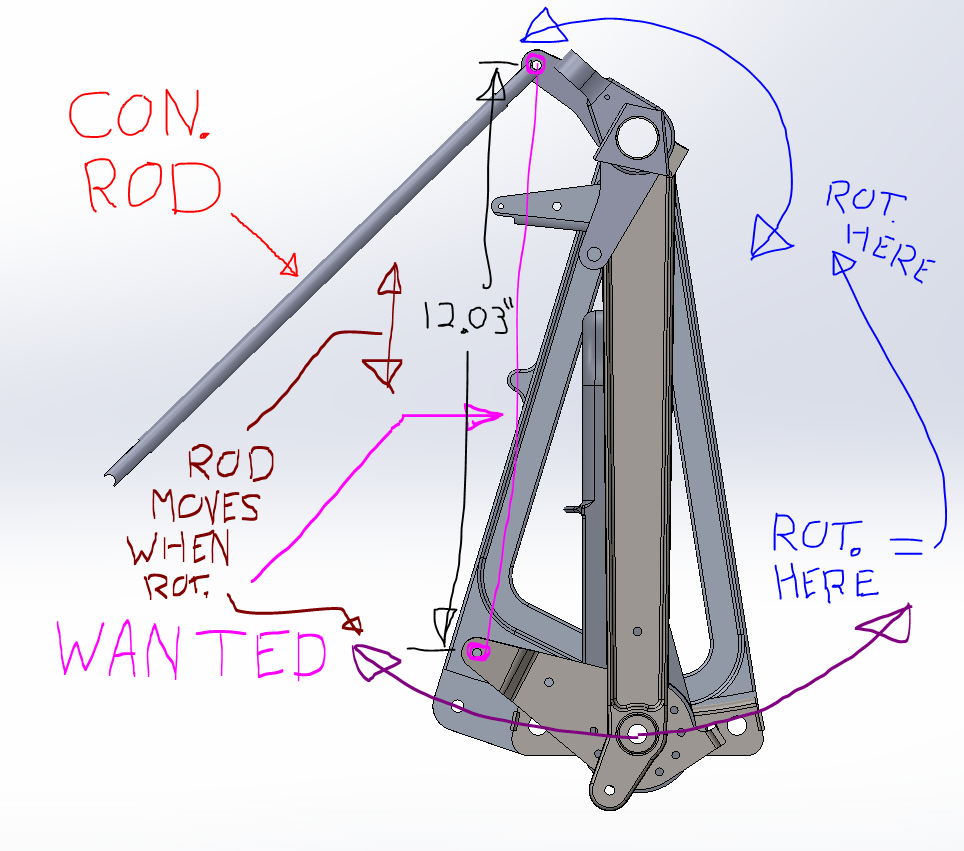